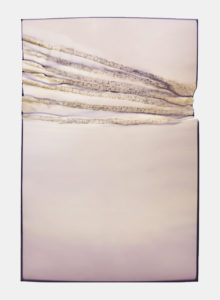 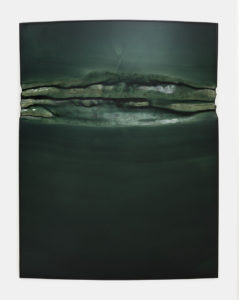 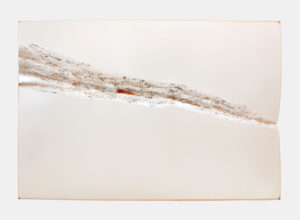 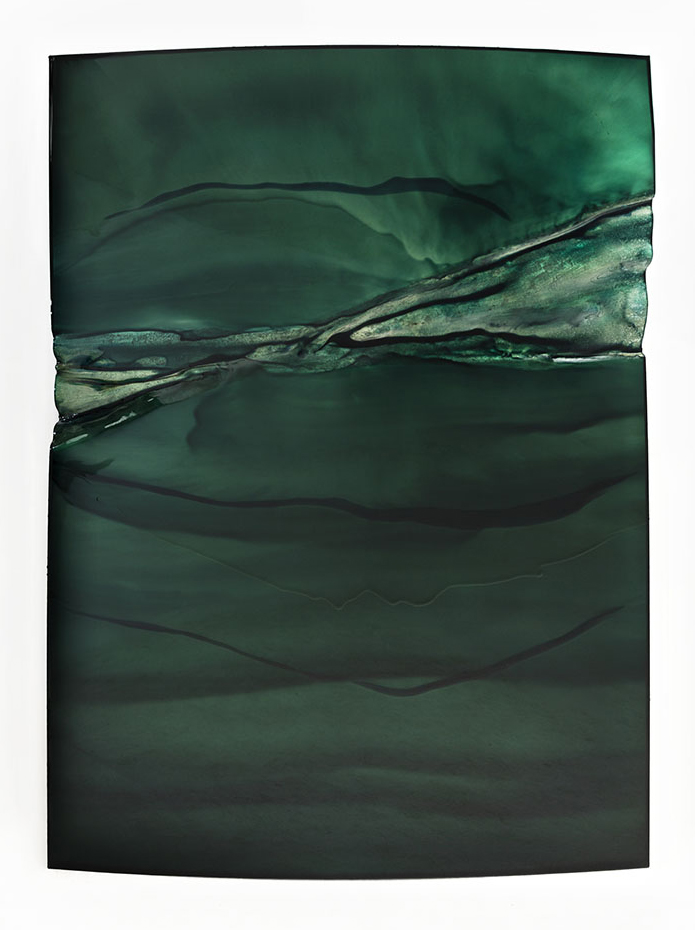 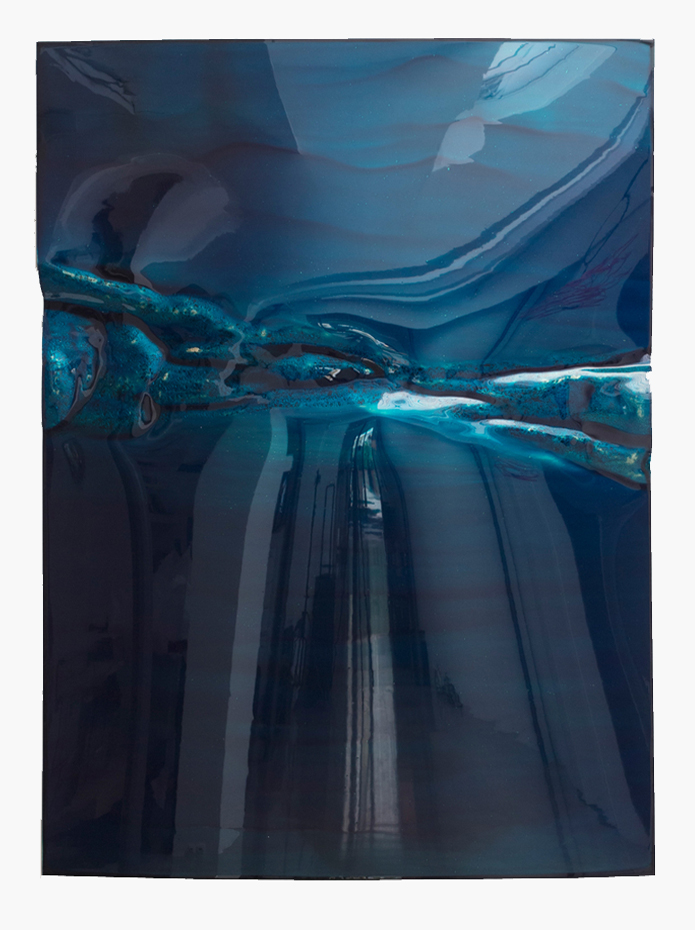 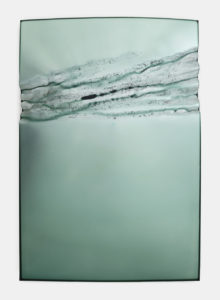 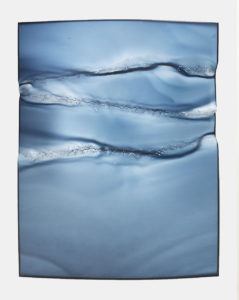 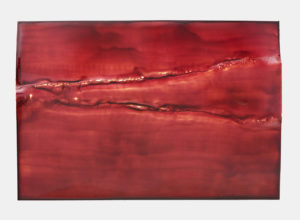 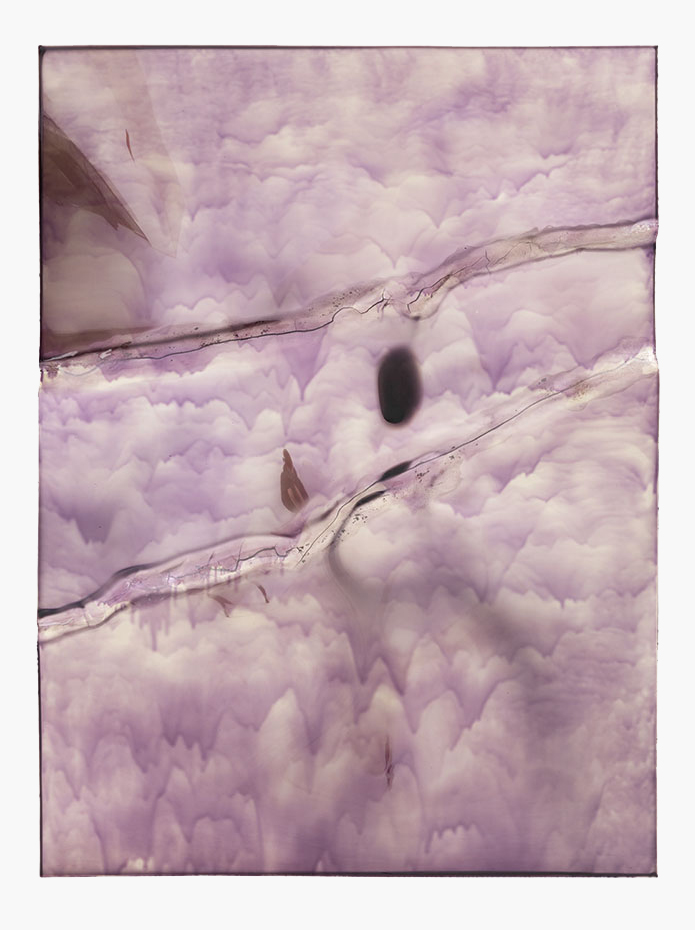 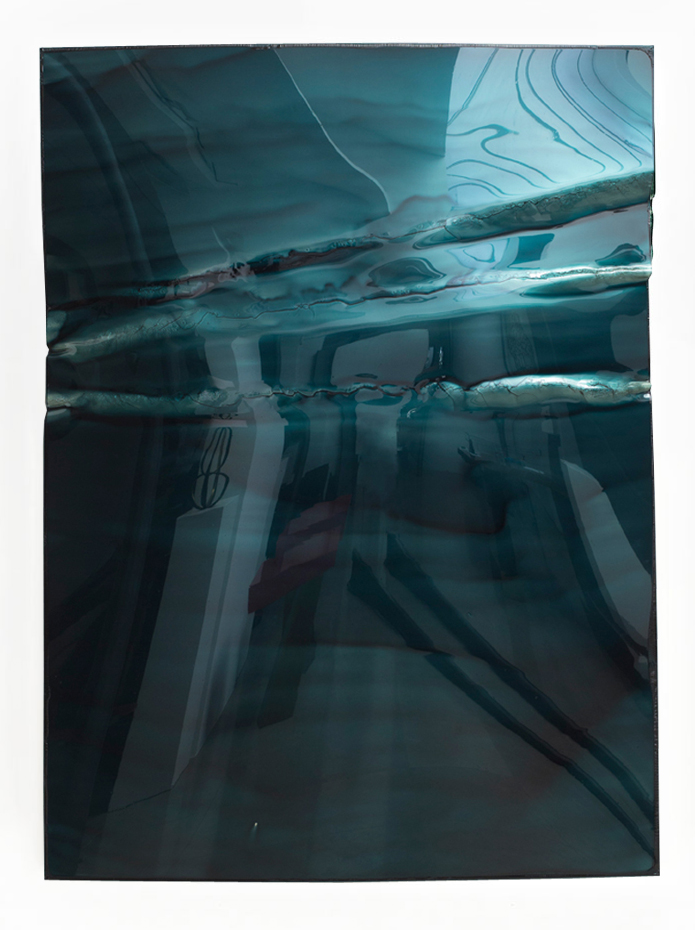 Grouped under the generic title « L’Air de rien » (« Seeming Like Nothing »),  Jérôme Robbe's recent paintings could be registered between the two elements : dawn, twilight and the ocean. Between due to the fact that it's neither a representation of sky nor ocean. Between [likewise] a work – Sunset to Sunrise – and the life of a work, given that Bridge Over Troubled Water refers to Johnny Cash's cover version of the Simon & Garfunkel song which lends the exhibition its title. Therefore, akin to Robert Rauchenberg, Jérôme Robbe could say the following about his work : « Painting is linked to both art and life. One or the other can not be manufactured. (I try to operate in the gulf that separates them.) »

This separation is the real matter at hand here, separation that the artist has already heard spoken of in reference to [his installation] AM / PM  (2011) : « The name of the piece that harks back to universal time, also plays on that thing, on this everyday time and on this time of life.2» to be understood as the time of the painting.

Like the Chagall Museum's ice floe that willingly harked back to La Mer de glace (c. 1823/24), all the paintings shown l’Espace à Vendre can trace their roots back to Le Voyageur contemplant une mer de nuages (c. 1818) by the self-same Caspar David Friedrich.   Romantic tradition appears to animate Jérôme Robbe in both cases. Yet none of his paintings seem to be trying to rival those of German romanticism's sire. Whereas the postmodern artist would angle at the extremely slight difference/separation from the original model,  Jérôme Robbe gravitates within his field – painting – and his own story. Although the first is above all a matter of subject and object, in Robbe's case it concerns questioning a medium, in other words putting gesture, depth and form into play. It's no accident that the creative process behind AM / PM so markedly echoed Jackson Pollock's dripping. A canvas that Action Painting's theorist Harold Rosenberg compared to an arena : « For each American, a time will come when the canvas appears to him as an arena awaiting his action – rather than a space that reproduces, recreates, analyses or « expresses » a real or imaginary object. What was going on the canvas was not an image, but an action.3 »

Executed on a flat surface, the paintings in the « L’Air de rien » series were not handled by the artist, they are etched in American modernism's heritage through the use of all over which spurs the viewer to enter the painting. As for the works' scintillating surfaces, they hark back to White Paintings (1950), Solstice et Soundings (1968), in other words Rauschenberg's youth, just as much as they recall the later series Borealis (1990) and Night Shade (1991) whose white and reflective works as well as those in plexiglass, copper and aluminium concurrently integrate the image, the viewer's presence and the surrounding space into the painting.

The blueish, silvery and coppery, matte and/or shiny surfaces of Jérôme Robbe's paintings evoke water condensation on a window, the bed of a stream as much as an atmospheric image. The paintings' reflective qualities ensnare the viewer at the surface of the works in more or less fantastic apparitions which can even be deformed by the underlying materials' undulations. Although the initial reference maybe a sky or a watery surface, the numerous layers of varnish play on diminishment within the representation, creating a sense of worrisome strangeness.

Therefore Robbe's recent paintings are between a modernist tradition of art's ideal, free from all external references : as pure treatment of a specific material and the break with the tradition against every form of a work's autonomy that Rauchenberg practised. Jérôme Robbe seems to have achieved a synthesis between that ideal art which thought observes as of the first romanticism to art as the world's image.